Offices in Tampa and Miami | Se Habla Español | email us |

You are here: Home / Our Attorneys / Frank G. Fernandez

For over two decades, Frank G. Fernandez has been practicing law in the Tampa Bay area.

He has dedicated his legal career to the practice of Personal Injury law, Criminal law, and Family law. 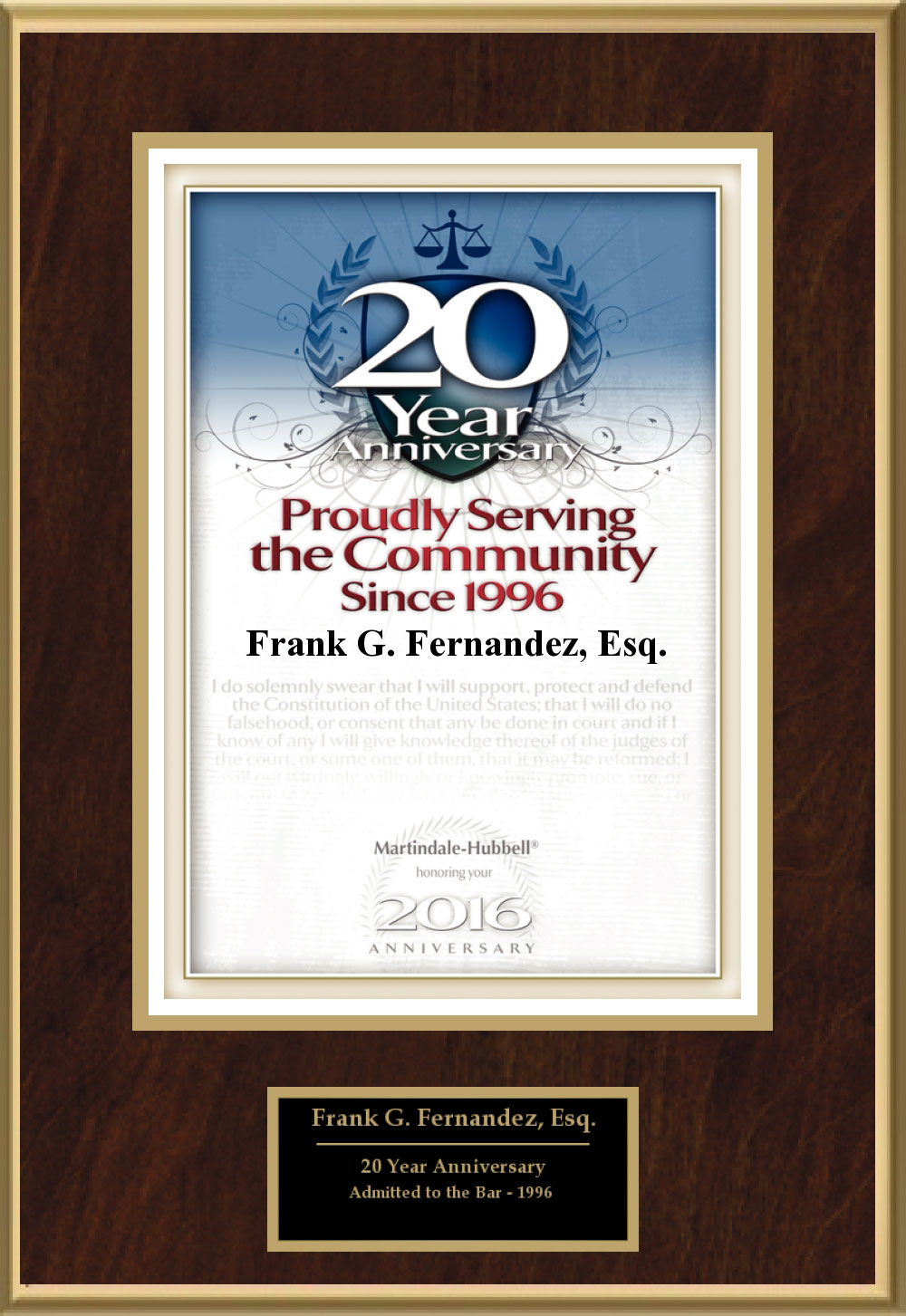 In 1992 he received his undergraduate degree from St. Louis University, which he attended under a full academic scholarship.

Mr. Fernandez received his law degree from the Florida State University College of Law in 1995 and became a member of he Florida Bar later that year.

Frank has appeared on behalf of his clients at the trial and appellate level in Federal and State courts all throughout Florida.

Frank has received the Client Distinction Award four consecutive years in a row from Martindale-Hubble and Lawyers.com as he was recognized by his clients for excellence in Quality of Service, Overall Value, Responsiveness and Communication Ability in 2013, 2014, 2015 and 2016. 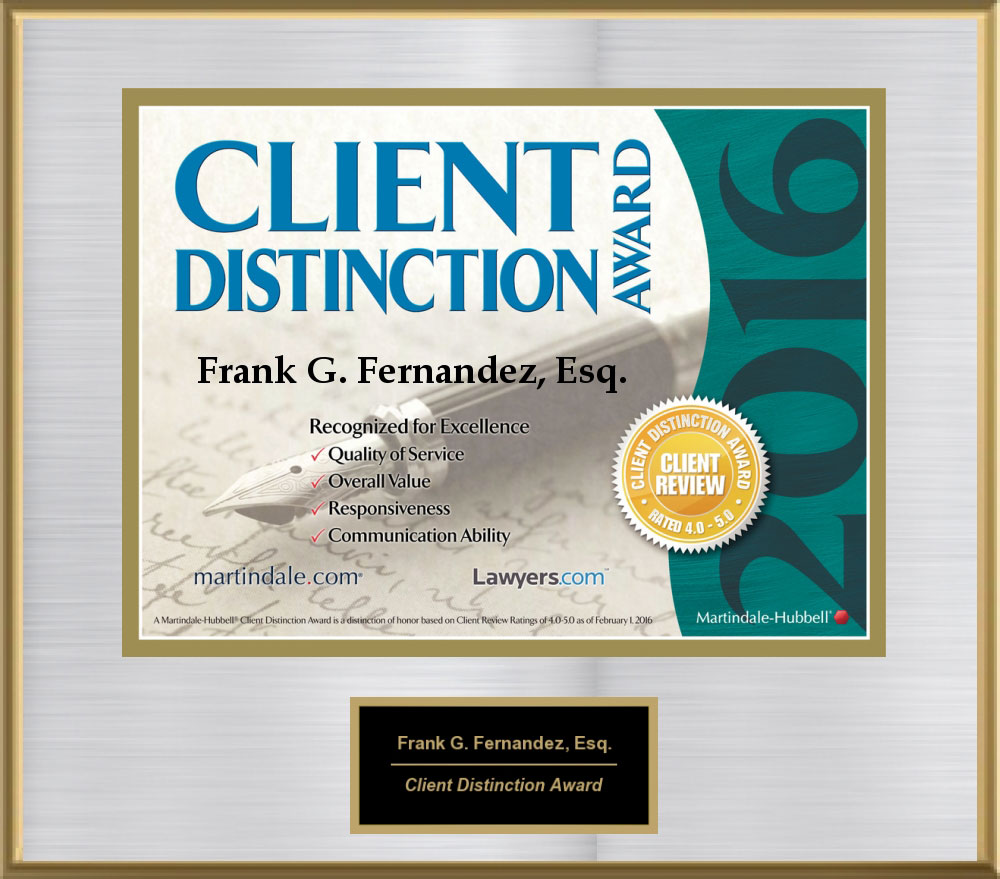 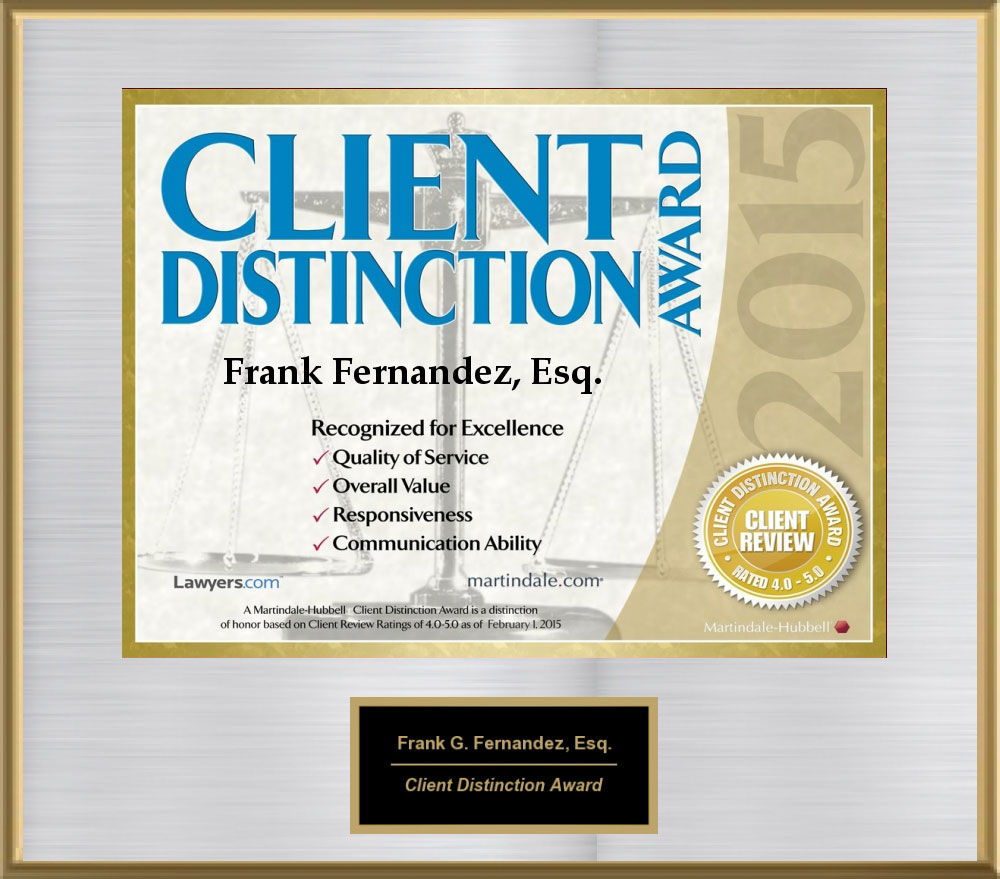 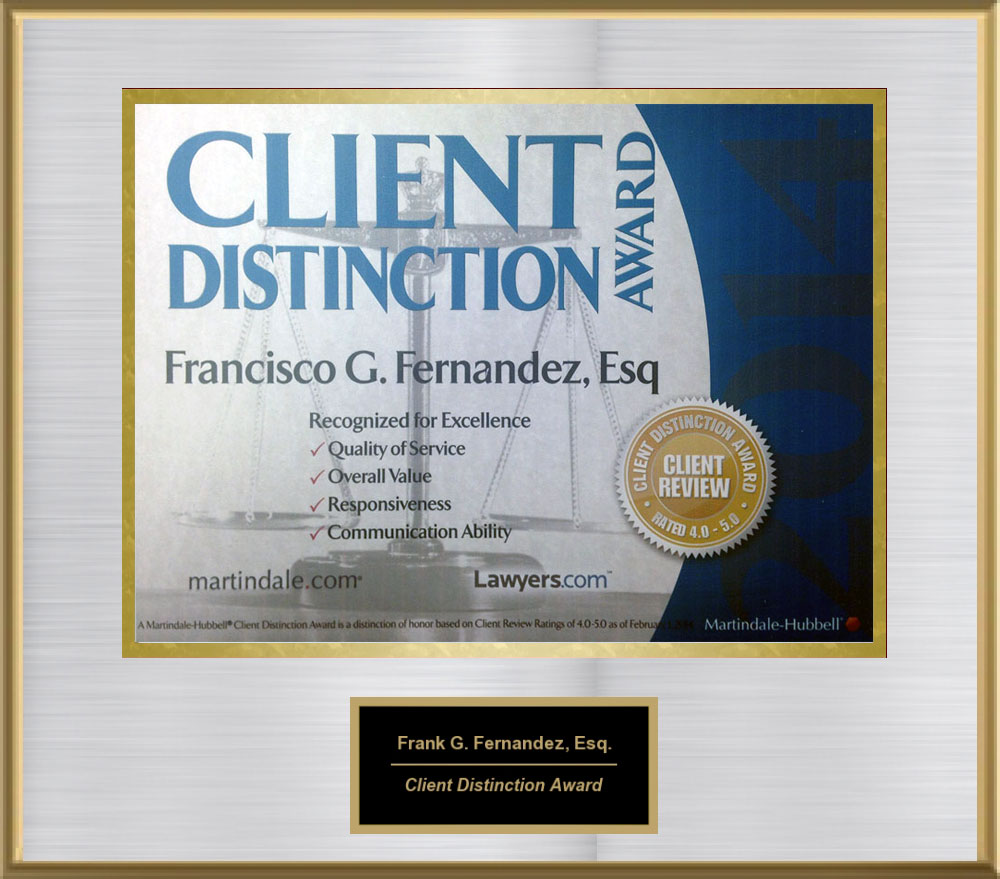 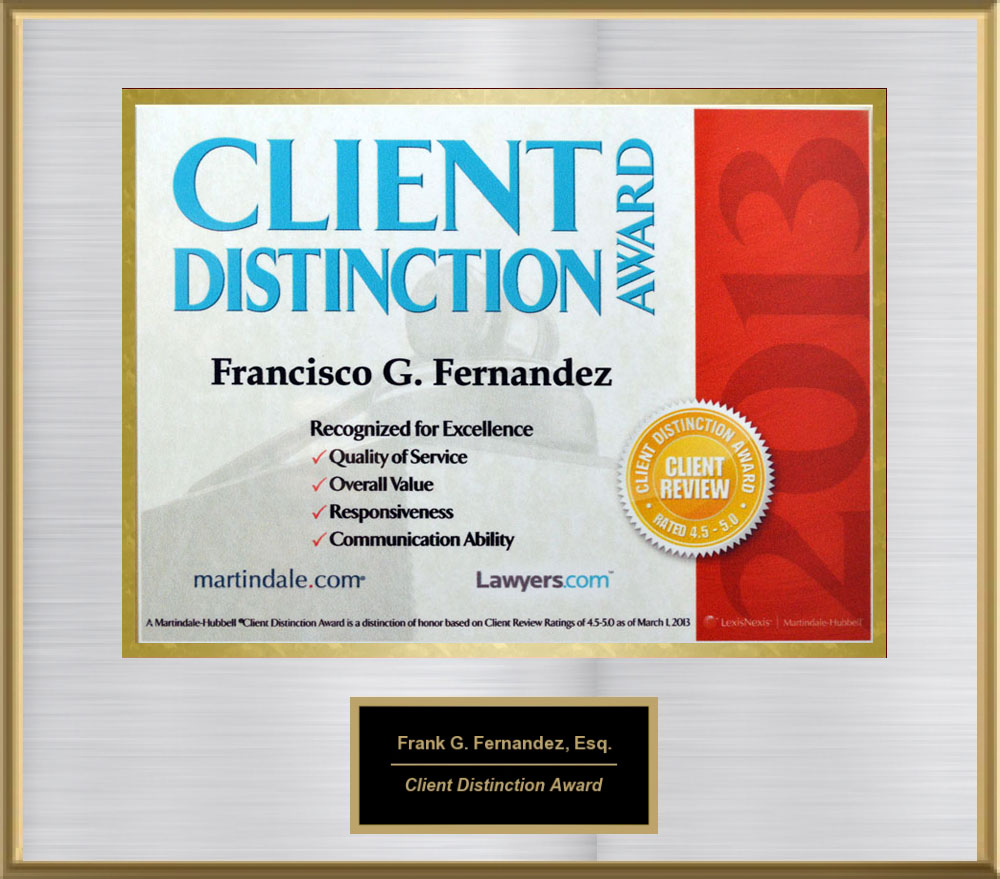 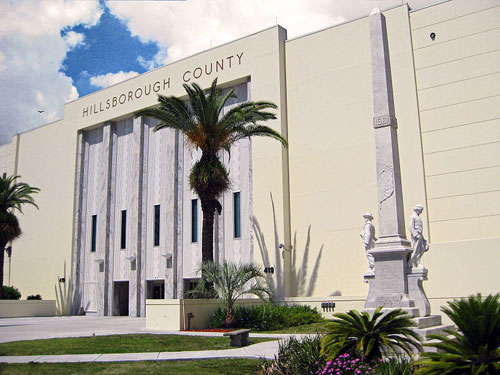 It is Mr. Fernandez's dedication to each of his client's unique circumstances that has earned him a reputation of always going above and beyond his clients' expectations.

Mr. Fernandez is available to his clients on an as-needed basis, making himself accessible on evenings, weekends and even holidays if need be. He is proud to have developed his practice primarily through word of mouth and referrals from former clients and professional colleagues.

Frank is also a member in good standing with the Florida Justice Association, promoting a fair and effective justice system while fighting to preserve the rights of all Floridians who seek justice in the courts.

He is admitted to practice law in the State of Florida and Federal Courts of the Middle District and Southern District of Florida.

Attorney Profiles for Frank Fernandez on the web:

"We believe effective legal representation requires personal attention, consideration of each client's unique circumstances, and an exhaustive command of the facts, details and legal issues in each case."